If your heart prefers to beat between 120 and 130 beats per minute, then you will get your money’s worth in March! In the ROŽMARIN WINE SHOP, we are preparing the first Rožmarin BOJLER RUM for house gourmands, where you will taste the best house treats in a relaxed atmosphere with master DJs, which club legends will play only with vinyl among the audience.

DAVE MANALI
living in Slovenia, a DJ with Italian roots began his professional career in 1997, when he performed for the first time at the Embassy Gavioli, where he soon became a club resident. The co-owner of the Earresistible Music Shop as well as the organizer of events has performed in major clubs and music festivals in the region (Italy, Austria, Switzerland, Slovenia, Croatia, Serbia, Bosnia, Macedonia…).
Throughout his career, he has had the opportunity to hone his skills alongside big DJ names such as David Morales, Roger Sanchez, Frankie Knucless, Todd Terry, Marshall Jefferson, Bob Sinclair, The Shapeshifters, Mousse T, Axwell, Mark Knight, Nic Fanciulli, Dj Chus, Russell Small, Barbara Tucker, Ultra Nate, Lisa Millett, Kathy Brown, Atfc and others.
He has performed at festivals and clubs such as Embassy Gavioli, Kurzchluss, Cvetličarna, Byblos (Poreč), Colosseum Beach Club (Opatija), Boogaloo (Zagreb), Halamoye Festival (Tolmin), Pfingsten Beach Festival (Lignano), Streaming Club (Trieste) , Felsen Club and Jax Club (Switzerland) and many others.

Warming up will be provided by the master of various rhythms DJ SINNA SPINNA and the lady of the Maribor electronic scene, DJ SNUPEE, and will be completed by the electronic cat responsible for too many unforgettable parties DJ OM and DJ SHOCKER D. Welcome!

Tickets:
Advance ticket sales in Rožmarin, on the day of the event in front of the entrance to the Wine Shop.

GIVE A GIFT VOUCHER 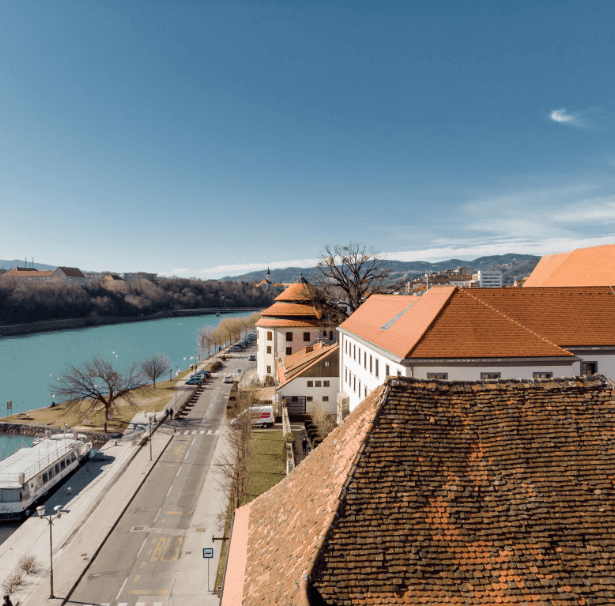 We are a development and sustainability-oriented company with a 15-year tradition, which brings trends and services at the highest level of quality through various gastronomic, accommodation and cultural contents.

With the renovation of old decaying buildings, we have revived many architectural treasures in the city centre, to which we have given new life with revitalization and thoughtful contents.

Subscribe to our Newsletter and you will not miss anything.

You have successfully signed up to receive e-news.

Subscribe to our Newsletter and you will not miss anything.

You have successfully signed up to receive e-news.